Over five decades ago, in 1960, first agriculture university of the nation, the G.B.Pant University of Agriculture & Technology, was established at Pantnagar on the pattern of Land Grant Agriculture Universities of the United States. This was done on the premise that systematic education, research and extension programmes in agriculture and allied subjects were necessary to develop human capital as well as knowledge and technologies needed for the growth and development of the country, largely agrarian at that time. Pantvarsity, one of the most comprehensive agriculture universities of the country, over the past five decades has grown to be a formidable centre for agriculture education, research and development, and in many ways ushered India’s renaissance in agriculture education. During all these years, the university has worked hard to fulfill the expectations of the visionaries of the country to transform the agricultural scenario in India. Bharat Ratna, Late Dr. C. Subramanyam, the then Union Agriculture Minister and pioneer of Green Revolution in India, and who was instrumental in the establishment of the university, while addressing the 3rd convocation of this university on April 7, 1966 has remarked that .... “I am confident that when history of agricultural education is written, this university will be remembered for having laid the foundation of a revolutionary era in agriculture education in India”…... . In this regard, it seems to me clear that the university has now produced almost 40,000 students who have flourished in India and elsewhere in the world, has earned the credibility as being ‘harbinger of green revolution’ in the country and truly justified the blue print that was written by Professor Hannah from University of Illinois for agriculture universities in India, the vision held by Pt. Jawahar Lal Nehru while dedicating the first agriculture university to the nation in 1960 and the hard work of Bharat Ratna, Pt. Govind Ballabh Pant in establishing the first agriculture university at Pantnagar. I greatly honour and appreciate the conscious efforts of all the visionaries, outstanding scientists, teachers and alumni for taking many new initiatives in education, research and extension that responded directly to the challenges and emerging needs of the nation. At the same time the hard work of farmers and unstinted support of ICAR and State Govt. is greatly valued.

As we all know, the future increase in agriculture production in wake of growing demand has to come through mainly productivity enhancements and that the threat of food security now needs to be addressed in entirety with nutritional security, environment sustainability and natural resource sustainability, technological innovations and applications are again required. Further, there are numerous emerging challenges that confront agriculture at the end of increasingly small and marginal farming community, particularly in the hill states. These challenges also confront the State of Uttarakhand. With practically no scope for expanding area under cultivation, the escalating threat of food and nutritional security has to be met from declining and degrading natural resources, primarily, water and soil. Though an input-use efficiency-mediated improvement in productivity is certainly the viable option to raise production, application of emerging technologies such as hybrid technology, genetic modification using biotechnology in field and horticultural crops, animals and fish, and supplying quality seed, planting material and strains/ breeds to diverse end-users, generating and disseminating resource conservation technologies resorting to precision farming, GIS/GPS and ICT applications, and adopting integrated nutrient and pest management to raise production in the new IPR regime would also be essential. Exploring secondary agriculture in providing value addition to agricultural products, creating facilities for primary processing and stress management in agriculture needs to be explored for making farming more remunerative. There is the need to develop technologies that are economically affordable and relevant to small and marginal farmers and at the same time efficient in both farm and non-farm business. Excellence in research by securing public and private funding and working in a collaborative mode is the time-tested way for addressing issues of common interest jointly with far reaching applications. All this would require high quality relevant agricultural education and technology savvy human resource capital at all levels. Thus, the priorities and responsibilities of GBPUAT are assessed and renewed continuously such that the role and contributions of the premiere agriculture university in bringing agricultural transformation in the country continue unabated. The university with eight faculties together with 14 research centers on campus that offer venues for technology generation besides eight off-campus research centers and nine Krishi Vigyan Kendras spread over nine districts has always been in a sound position to confront challenges and render commensurate solutions. Fortunately, the three pillars of the university, the students, the faculty and the officers & staff, stand committed to do a lot more to serve humanity in the state of Uttarkhand and across the country foreseeing bigger challenges ahead. 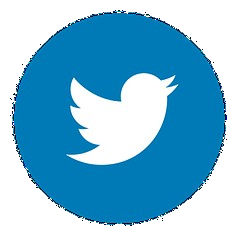